Born in the early nineties, TeeBos life was directly all about dance music. Growing up, he heard a lot of different genres like house, techno and hardcore which had it’s glory days in the nineties.

He always was fascinated when he watched DJs „spinning the plates“ and so it happened that Terence visited the first music festival in his life.
During the following years he visited a lot of festivals placed all over Europe and the desire to become a DJ as well was rising.

After saving enough money for his first equipment he started uploading mixes on Soundcloud and other social media platforms.

In 2016 Terence became a member of the Hannover Hardcore family. From now on he played gigs consistently in all different kinds of clubs in and around Hanover. 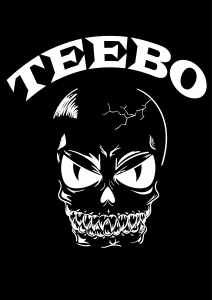